The Greek Aegean is one of the most attractive sailing areas in the world. With winds that are constant all year round, the conditions here are ideal for sailors. The Meltemi, a warm, dry summer wind, ensures clear weather and visibility.

Meltemi, blows from April to October from the Greek mainland towards Crete, in the summer months fall winds and jet effects are to be expected as effect intensifiers. 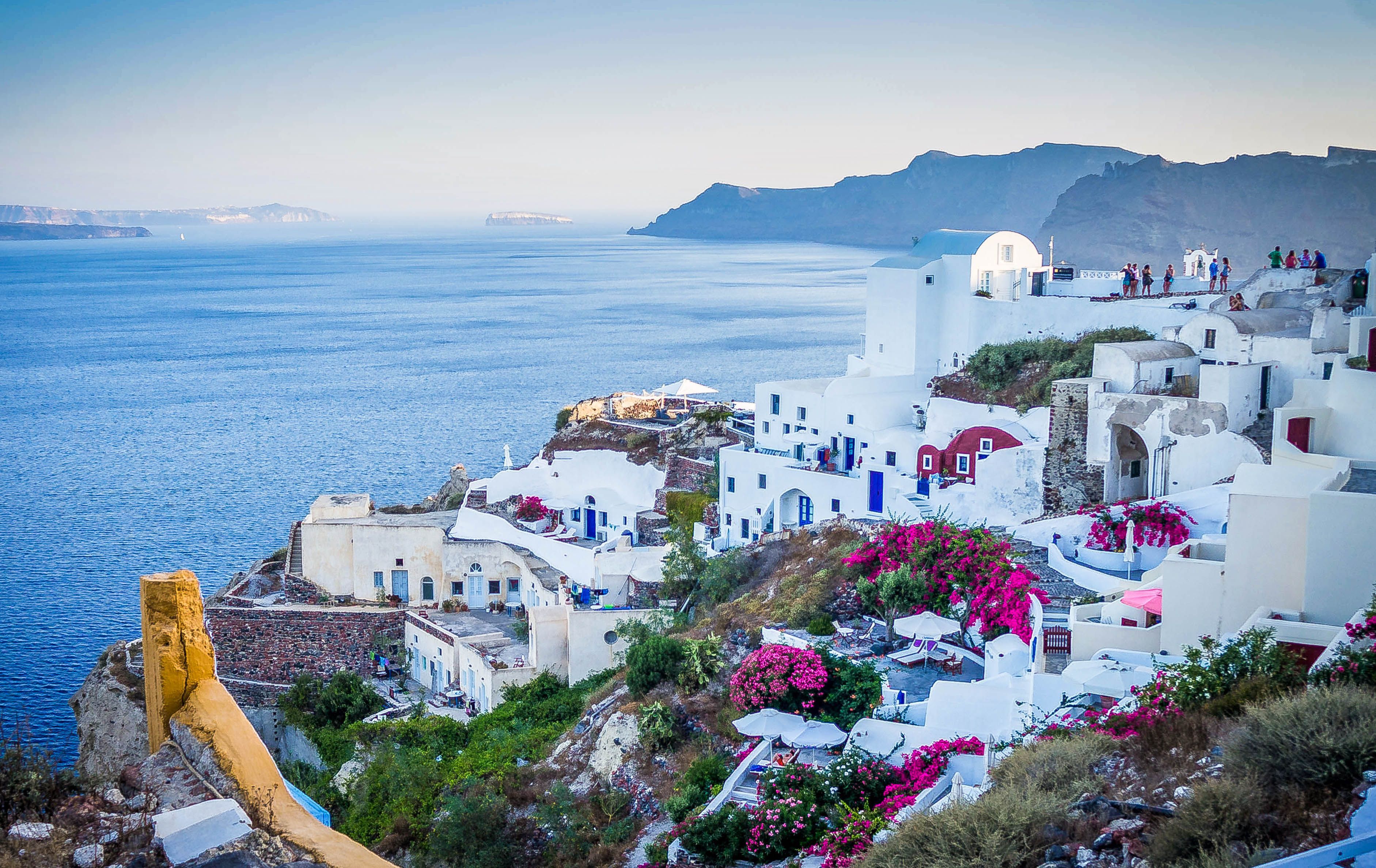 With Skiathos, the so-called "Little Mykonos", as your starting point in the northern Sporades, you sail past sandy beaches and unspoiled harbours to the southern Sporades. Those who moor in the modern marina of Porto Carras can relax and visit the medieval monasteries on the Athos mountain. The noise of the world stays outside - there are no paved roads and no electricity. On a hill above the port of Loutraki lies Glossa, a village with rural Greek flair and spectacular views.

The Dodecanese route can start from the island of Rhodes, from the city of the same name or from Kos, the green island. The sailing possibilities in the Dodecanese are extremely varied. In the blue, crystal-clear waters of the Aegean Sea in eastern Greece and along the Turkish coast are some of the most beautiful Mediterranean islands: Kalymnos, the island of the sponge divers; Patmos, the pilgrimage island of Orthodox Christians; Symi with its listed harbour; Leros with a 14th century fortress of the Knights of St. John; Lipsi, one of the most important bird sanctuaries in Greece. 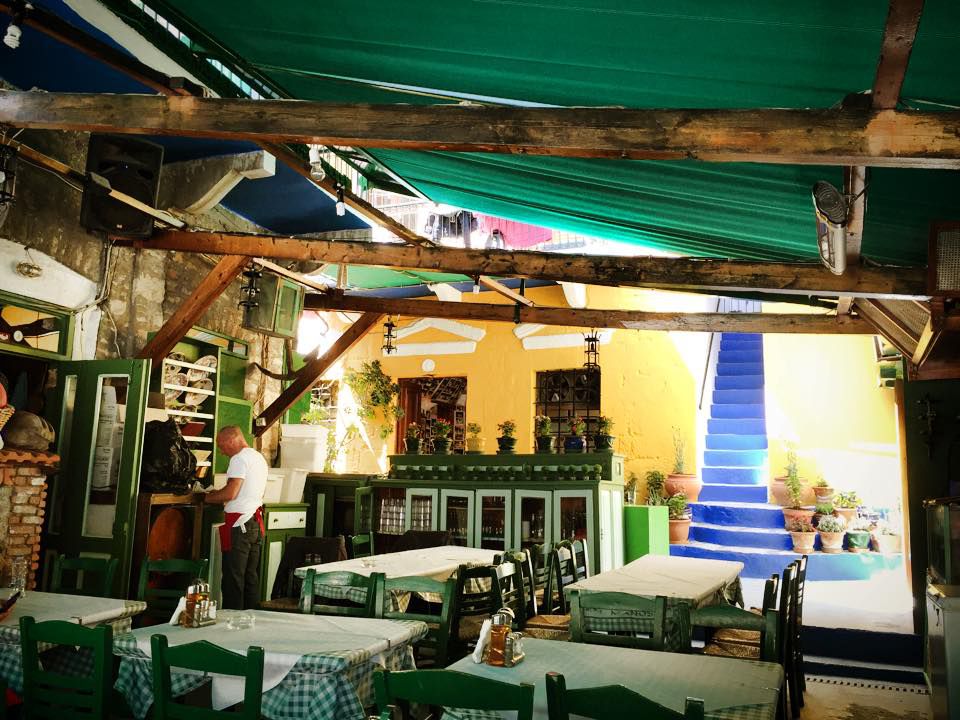 Starting and destination ports are Athens, the Saronic Gulf or the Dodecanese Islands. The group of islands of the Cyclades with the white-blue houses typical for Greece lies in a circle in the Aegean Sea between Athens and Crete. The four most famous islands of the group are Mykonos, Santorini, Naxos and Paros. The sailing route across the islands of the Saronic Gulf is ideal for short, calm cruises because of the moderate winds. An essential difference to other areas in the Mediterranean is that the mostly small harbours are manned by fishing and ferry boats and the anchor has to be set for every harbour manoeuvre. However, every island with countless anchor bays always offers a protected mooring place, often even without mooring fees.

Mykonos and Santorini with their beautiful beaches, architectural highlights, many luxurious shops, the magnificent views and the most romantic sunsets also attract high society. A true paradise for sailors. And "Little Venice" on Mykonos is already an attraction from the ship.

Naxos, the big green Cyclades island, offers everything a holidaymaker's heart desires, but is still spared from mass tourism. The Portara, an archway and part of the remains of the temple of Apollo, is the landmark of the island and stands at the port of Naxos.

On Paros, the Venetian harbour is a real eye-catcher. Lefke, once the main town on the island, with its narrow streets, the beautiful church Agia Triada and an imposing pigeon tower at the top of the village is also worth a visit. 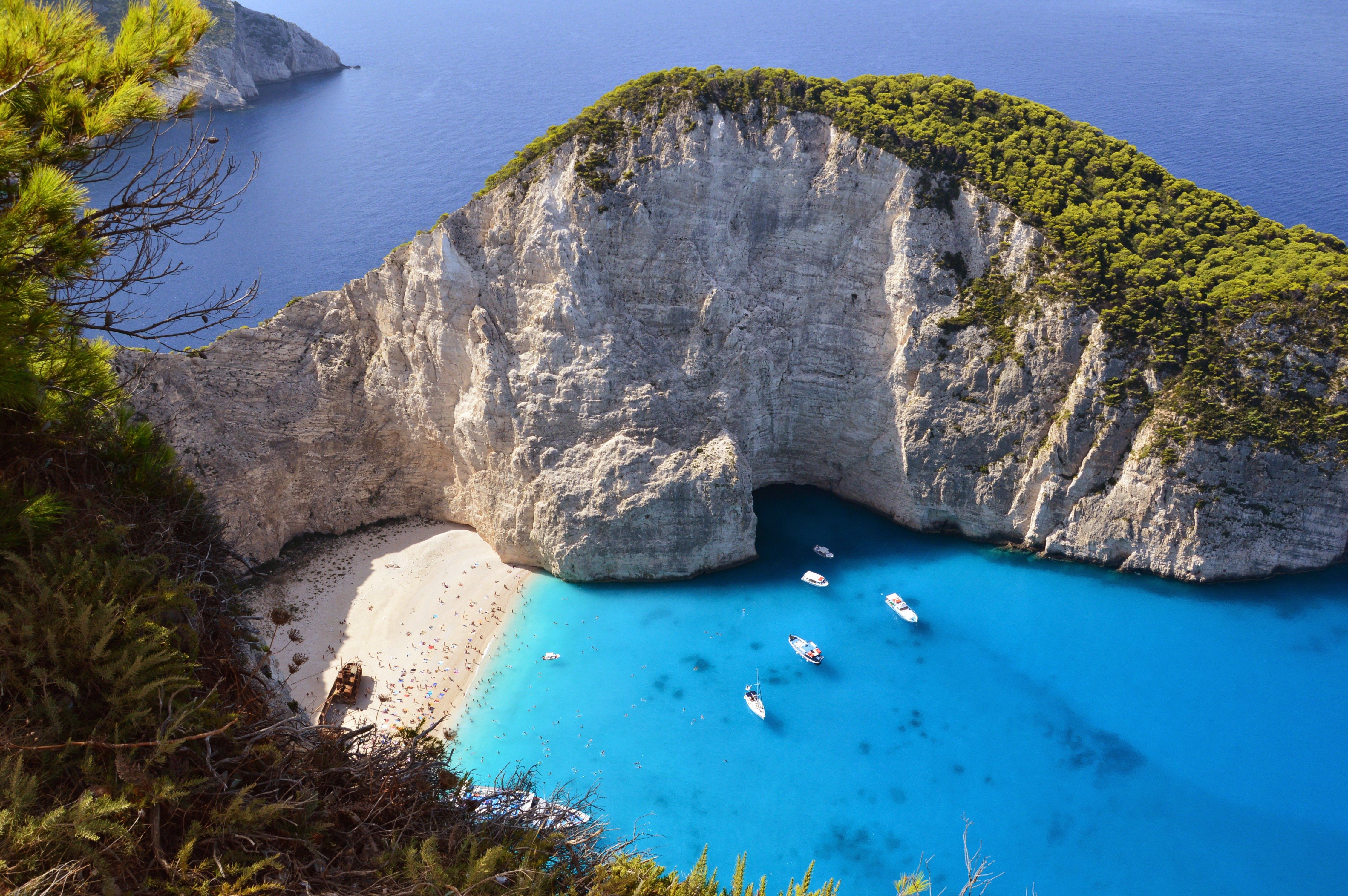 In the Ionian Basin is the deepest part of the Mediterranean Sea, the Calypso Deep, at 5,267 metres. The Ionian Islands consist of 7 main islands, the largest is Corfu. From here you can explore the Ionian Islands in the south: Paxos, the smallest of the main Ionian Islands; Lefkada, the paradise for windsurfers; Ithaca with its many amphibian and reptile species; Kefalonia with its underground lake Melissani; Zakynthos with the blue grottos at Cape Skinari, which can be visited by boat. Those who start their sailing trip from Lefkada enjoy a lot of variety and quiet sailing trips, which make a sailing holiday wonderfully relaxing and restful.