The climate
There are four climate zones in Spain. In the mountains the winters are long, cold and snowy, the summers are short and cool. On the north coast at the Atlantic Ocean the climate is moderate, very balanced and humid. Winters and summers are mild, rarely with temperatures below freezing point or above 30 degrees. In the highlands of central Spain there are temperature differences of 20 degrees between summer and winter, but also between day and night. On the Mediterranean coast and the Balearic Islands, the climate is Mediterranean. In winter, temperatures rarely fall below 10 degrees. Summers are long and hot, with values of up to 40 degrees. Spain has between 2,600 and 2,800 hours of sunshine a year.

The wind
With constant wind conditions, Spain is a real sailing paradise. In the Mediterranean, the Balearic Islands around Mallorca, Menorca and Ibiza as well as the Costa Brava are among the preferred sailing areas. And with the Canary Islands, Spain also has an attractive year-round sailing area for the experienced sailor.

Spain's sailing areas with their rocky coasts, dreamy bays and historic towns are charming, delightful destinations. Excellent marinas and constant wind conditions provide sailors with unforgettable holiday pleasures. Cities such as Palma de Mallorca, Barcelona and Valencia are served by many airlines, which contributes significantly to the attractiveness of the sailing areas. 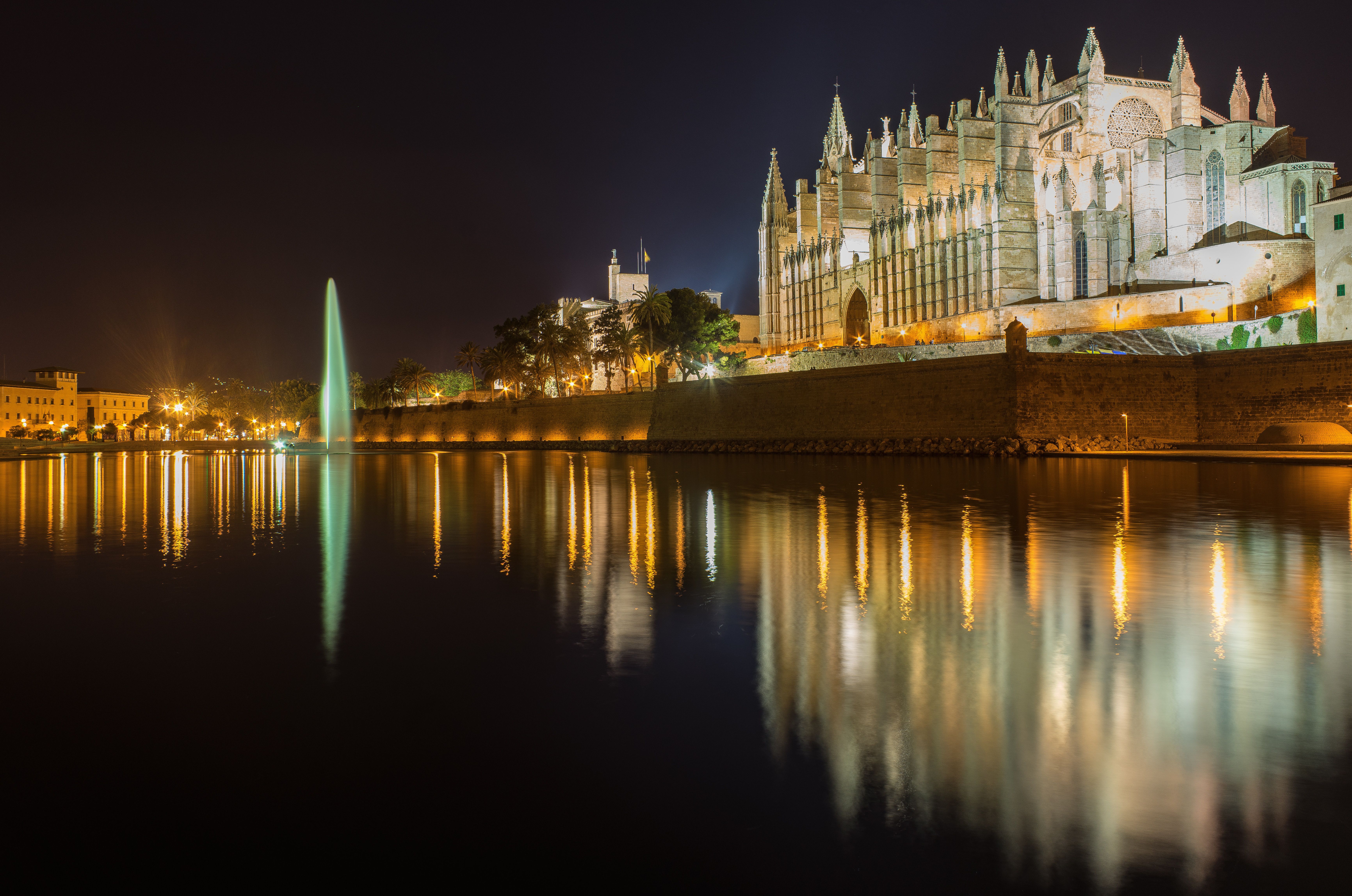 Yacht charter on the Costa Brava - The wild coast

Sailing on the Costa Brava is an approximately 220 km long coastal strip on the northeastern Mediterranean coast of Spain and the great dream of all sailors. The coast with its jagged rocky massifs - hence the name "wild coast" - offers a breathtaking sight when sailing. In addition to the massifs and hidden bays that drop steeply to the sea, there are also flat, fine sandy beaches. Along the coast of Barcelona the view of the skyline of the world metropolis is impressive. The city is only about 32 nautical miles away and always worth a visit. The variety of the sailing area ranges from tourist and crowded destinations like Lloret de Mar to bays and peninsulas like Cadaqués, which can only be reached by sea. The old town of Tossa de Mar, the nightlife and culture of Barcelona, the rivers in the Aigüestortes National Park and the delicious food in the harbours of the small fishing villages are definitely to be recommended. Scenic diversity and pleasant climate make the area especially interesting for sailors with children.

Climate: The climate of the Costa Brava is very balanced and about 7 °C warmer than on the Spanish Atlantic; in the summer months temperatures can reach over 35 °C. In the winter there are temperatures of 6 to 10 °C, thus, for sailing warm clothes are needed.

Wind: The predominantly straight coastline, hardly any shoals and the few offshore islands make the sailing area easy to sail, even for beginners. Only the underwater and overwater rocks near the coast have to be considered. In autumn and spring the Tramontana wind can make the Cap de Creus difficult to pass. In summer the water temperature is 24 °C - ideal for a beach holiday. 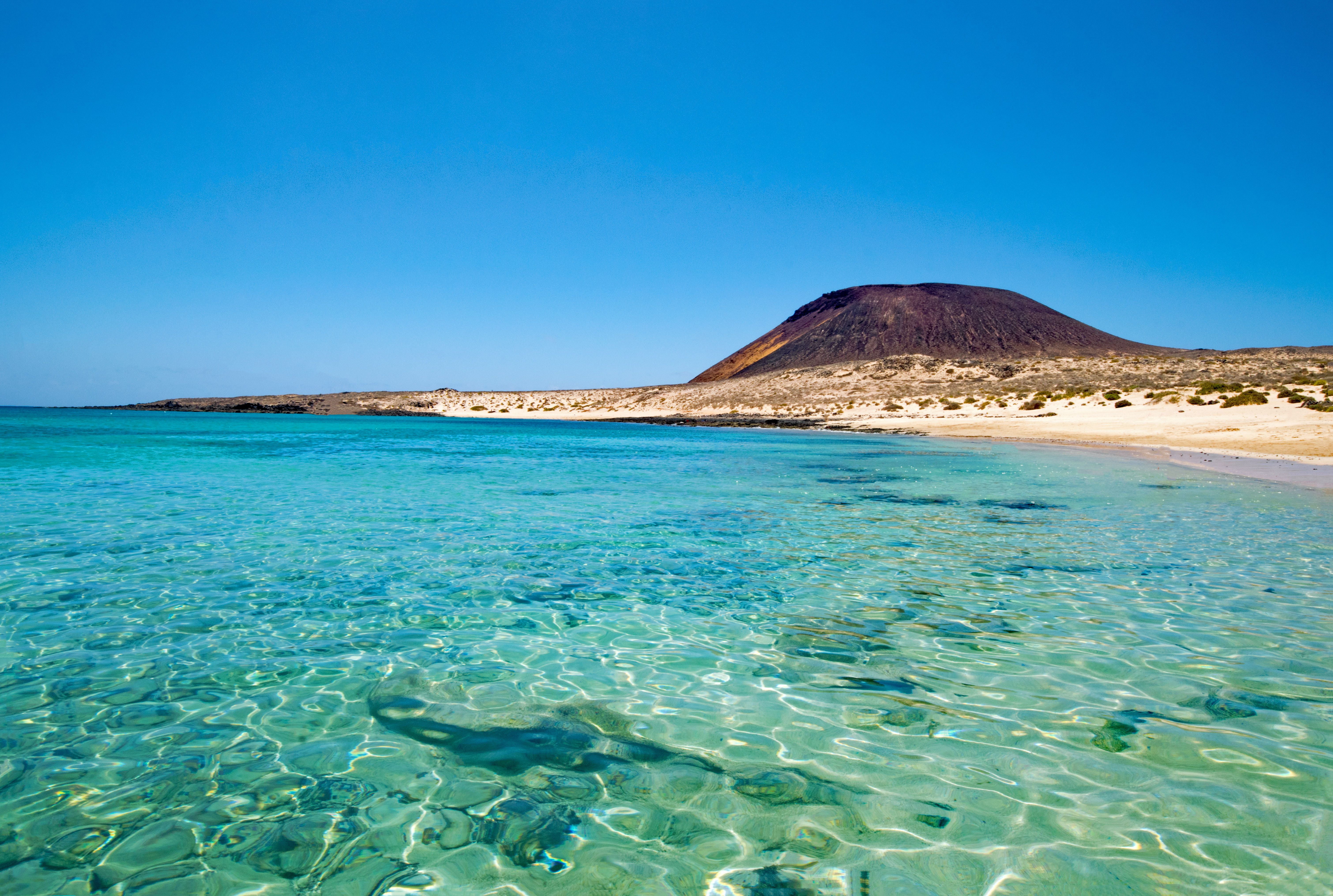 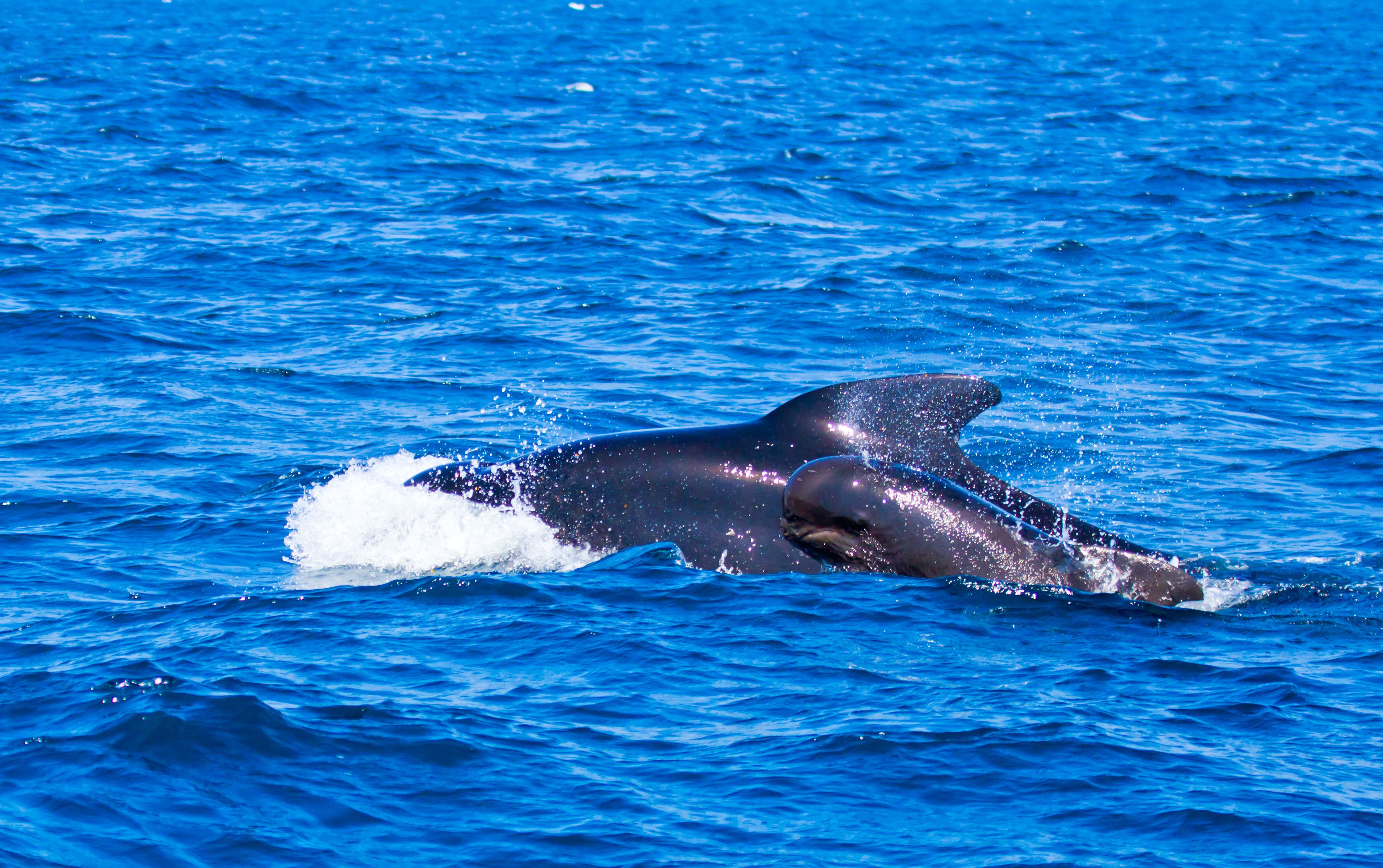 Yacht charter around the Balearic Islands

The holiday islands of Mallorca, Ibiza, Menorca and Formentera as well as Cabrera are among the most popular sailing areas in the Mediterranean; the Balearic Islands group of islands includes a further 146 small and uninhabited islands. The variety of landscapes and modern marinas attract sailors. Beginners benefit from moderate winds and easy navigation conditions.

The big islands impress with their sights. Palma de Mallorca, for example, attracts with the cathedral La Seu; in the modern harbour luxurious yachts anchor. Charming sandy beaches along the coasts and unspoilt nature in the interior make shore excursions to the islands of Ibiza, Menorca and Formentera a special experience.

Climate: The Balearic Islands have a Mediterranean climate with hot summers and mild, rainy winters. In summer the Azores Highlands determine the weather. The average maximum temperatures in July and August are around 28°. The end of autumn is the time with the most precipitation, from December to February the maximum temperatures are 14 to 15 °C.

Wind: In the summer months the prevailing winds sirocco and Levante can reach the strength of breezes. In spring, Poniente and Mitjorn, a wind from the south, predominate. Warm and localized winds form in the bays of Palma, Pollença and Alcúdia, and they develop their greatest strength between 2 and 3 pm. Sailing is most pleasant in the windiest months of March, September and October. At the beginning of autumn the prevailing winds are the Libeccio and Ponente winds, and the mistral is often followed by storms. The winds on Ibiza and Formentera are slightly weaker than on the other Balearic Islands. 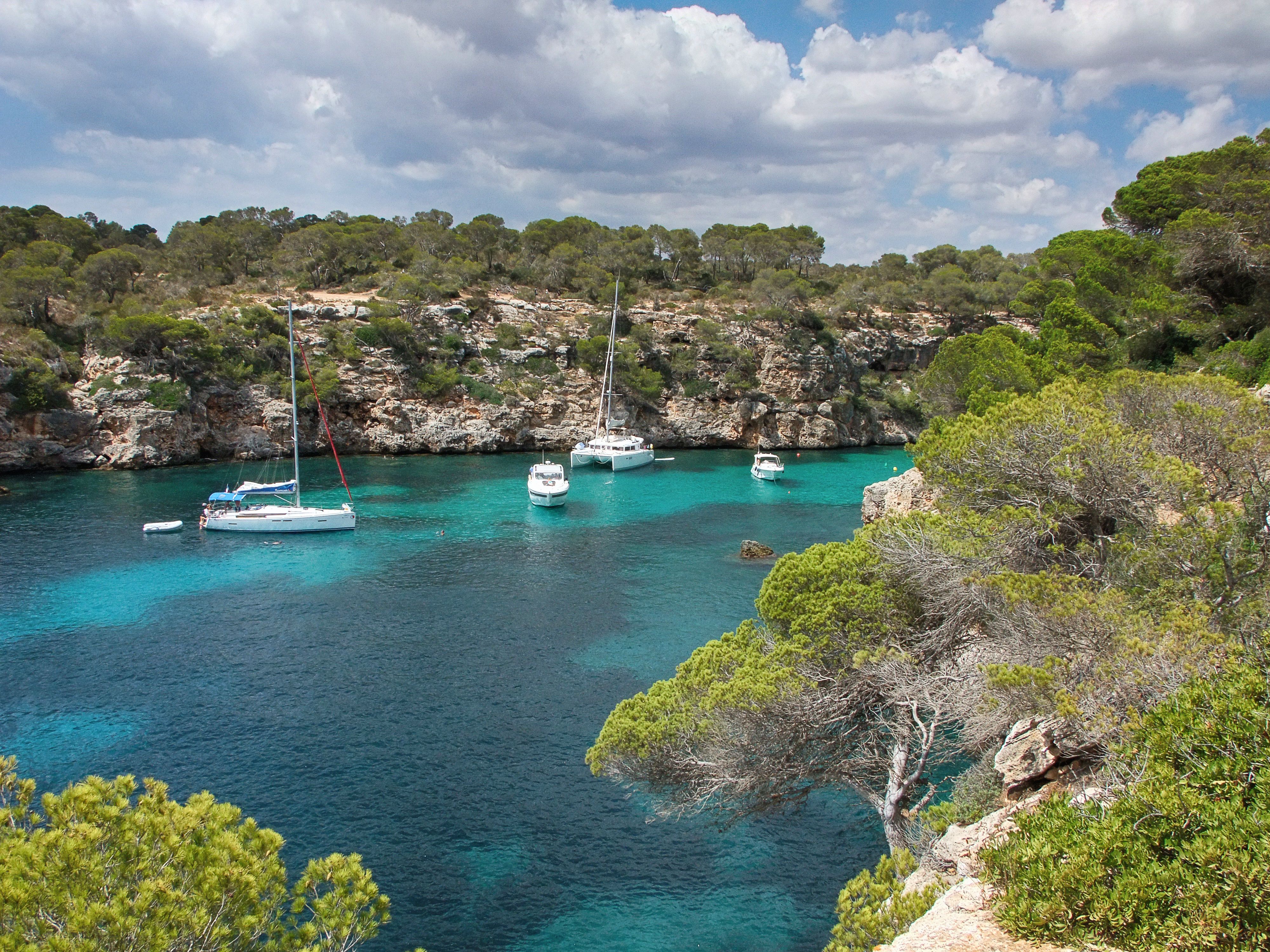 Yacht charter in the Canary Islands - The islands of
eternal spring

The Canary Islands are a group of islands with waters between the islands, a so-called archipelago. It consists of the seven main islands Tenerife, Fuerteventura, Gran Canaria, Lanzarote, La Palma, La Gomera, El Hierro as well as six small secondary islands. High mountains, sunken valleys, green forests, volcanic deserts and steep cliffs make sailing around the Canaries an unforgettable experience.
The subtropical climate also ensures the best sailing conditions all year round. Those who want to escape the cold temperatures in winter will find fantastic sailing weather on the Canary Islands. The constant wind at the edge of the trade wind belt offers the sporty, ambitious sailor an attractive sailing area. Tenerife, Gran Canaria, Lanzarote and La Palma are suitable as starting points; the marinas of the archipelago are an ideal starting point for charter crews. Yachts can be chartered here from one day up to several weeks.

At sea you can observe whales, dolphins and turtles and during shore excursions you can walk through beautiful landscapes and try adventure sports. the underwater world is attractive for divers. On the 3718 meter high Pico del Teide, Tenerife's highest mountain, you can walk through several climate zones. The Loro Parque is home to a variety of aquatic animals and parrots, the nature protected dune landscape of Maspalomas in Gran Canaria invites to long walks and in the southwest of Lanzarote, surreal lunar landscapes lead the vacationers into another world.

Climate: The Canary Islands have a subtropical climate all year round with over 300 days of sunshine. Even in the winter months, temperatures rarely fall below 18° C. Due to the big differences in altitude there are different vertical climate zones from humid and cool to dry and hot.

Wind: The Canary Islands with their trade winds are a strong wind area - perfect for experienced skippers.